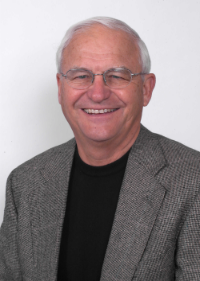 LINCOLN, NE (February 5, 2019) – Duane Eversoll, retired Associate Director of the University of Nebraska Conservation and Survey Division and Professor Emeritus in the School of Natural Resources, has been selected to receive the 2018 Maurice Kremer Groundwater Achievement Award from the Groundwater Foundation. Eversoll will be presented with the award at the Maurice Kremer Memorial Lecture on February 27, 2019 at 3:30 p.m. in the Hardin Hall Auditorium (room 107) on the University of Nebraska-Lincoln East Campus (33rd and Holdrege Streets, Lincoln). Light refreshments will be served at 3:00 p.m.

The Kremer Award is chosen annually by a selection committee appointed by The Groundwater Foundation’s Board of Directors. It is named for Senator Maurice Kremer, who spent 20 years in the Nebraska Legislature where he was best known for his contributions toward protecting the state's water resources, earning him the nickname "Mr. Water.”

Eversoll is a native of Grand Island, Nebraska and graduated from the University of Nebraska-Lincoln in 1958 with a degree in Geology. After working in the oil and gas industry for Continental Oil in Oklahoma, he returned to Nebraska and joined the Nebraska Department of Roads as a geologist. There he was instrumental in the design and development of water well and septic systems at rest stops in the state, while working with water well contractors on the professional design of a complete water well system.

Eversoll joined the University of Nebraska’s Conservation and Survey Division (CSD) in 1974. When the Nebraska Water Well Licensing Board was formed in 1984, Eversoll was appointed to the board to represent CSD. He became Associate Director in 1989.

He provides expertise to citizens and companies in locating private water wells and encouraging designs that not only meet legal requirements, but also protect groundwater. He also leads geological seminars and field trips to provide continuing education about geology and hydrogeology of Nebraska for water well professionals.

The Kremer selection committee unanimously selected Eversoll for the award. Committee member and past Kremer recipient Lee Orton said, “Duane’s career exemplifies his deep dedication to educating people and protecting groundwater. Even in retirement, Duane continues to demonstrate his interest in enhancing and improving the professionalism of the water well and onsite wastewater industries and their service to Nebraska.”