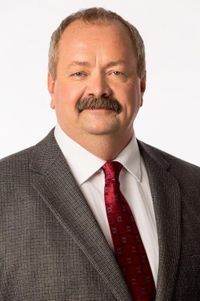 LINCOLN, NE (February 10, 2020) – Roric Paulman, a pioneering Nebraska ag producer whose conservation and stewardship practices have been recognized throughout the state, has been selected to receive the 2019 Maurice Kremer Groundwater Achievement Award from the Groundwater Foundation. Paulman will be presented with the award by 2011 Kremer Award Winner Lee Orton at the Maurice Kremer Memorial Lecture on March 4, 2020 at 3:30 p.m. in the Hardin Hall Auditorium (room 107) on the University of Nebraska-Lincoln East Campus (33rd and Holdrege Streets, Lincoln). Light refreshments will be served at 3:00 p.m.

The Kremer Award is presented annually by the Groundwater Foundation to an outstanding Nebraskan who has made a substantive contribution to the conservation and protection of Nebraska’s groundwater. The Groundwater Foundation is a nonprofit organization based in Lincoln, Nebraska that connects people, businesses, and communities through local education and action, making us all part of the solution for clean, sustainable groundwater.

“Roric’s dedication to protecting and conserving groundwater was made apparent to me within the first two minutes of meeting him speak,” said the Groundwater Foundation’s Jane Griffin. “More importantly, he doesn’t just talk about water conservation he does it, and he motivates others to do better, too. On behalf of all of us at the Groundwater Foundation, it’s an honor to recognize Roric with the Kremer Award.”

“Roric has a rich family history of concern about groundwater,” said Jim Goeke, University of Nebraska-Lincoln Professor Emeritus and 2001 Kremer honoree. Goeke explains that Paulman followed in the footsteps of his grandfather, serving on the Twin Platte Natural Resources District (NRD) Board from 1997-2000 and helping guide the district’s groundwater policies. “Roric irrigates 8,000 acres across three NRDs using cutting-edge technology and equipment. Raising a number of crops, Roric strives to use groundwater as most efficiently as possible to guarantee profits and a sustainable supply of groundwater,” Goeke said.

Paulman was one of the founders of Nebraska Water Balance Alliance, which works to promote the most efficient use of groundwater in Nebraska, and currently serves as its President. He also serves on the West Central Water Coalition, the University of Nebraska West Central Research and Extension Advisory Board, Ag Builders of Nebraska Board, UNL Presidents Advisory Council, Daugherty Water for Food International Advisory Board, is a member of a numerous agriculture associations, and a past member on local, state, and national boards and councils.

He and his wife, Deb, have four children and six grandchildren.

The Kremer Award is chosen each year by a selection committee appointed by the Groundwater Foundation’s Board of Directors. It is named for Senator Maurice Kremer, who spent 20 years in the Nebraska Legislature where he was best known for his contributions toward protecting the state’s water resources, earning him the nickname “Mr. Water.”

“Roric Paulman is a leader in use of the latest technology to optimize the crop yield/water use balance,” selection committee member Don Kraus said. “He also remains a strong advocate for producers across Nebraska.”